Nautilus X Series Fly Reels On The River And Lake 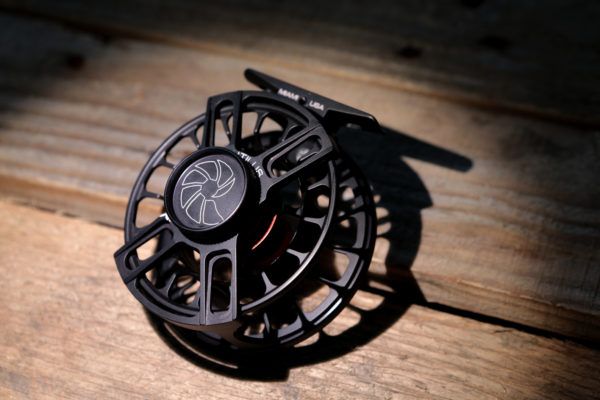 Nautilus has given us some of the best fly reels ever. The Nautilus X Series reels arrived onto the fishing scene with more mystique and hoopla than Prince Harry’s first baby

after winning the 2015 IFTD/IFTA Best Of Show Fly Reel. This mid-priced, fully machined aluminum fly reel with its SCF-Teflon fully sealed drag has exceeded our expectations at Stillwater. The X Series is a conundrum, extremely light with unheard of durability for such a light framed reel. Taken as a whole with the new Nautilus sealed drag, the X Frame was one of the most innovative reels we have seen at Stillwater Fly Shop in years and one that our customers love.

Please Visit Us At Stillwaterflyshop.com  For All Your Fly Fishing Gear Needs!

The race to have the first review or to be the first shop to have the newest rod or reel on the shelf in the fly fishing industry has been good and bad for anglers. The good part is that manufacturers are designing and producing some of the best products that fly fishermen have ever seen. The bad part of this arms race is that the competition is so great among fly shops that many gear reviews are based on just a few hours of fishing time at best or a few minutes on the casting pond or lawn at worst. We decided to break this pattern with this reel. So finally, after several trips on the water fishing with the Nautilus X Series we are ready to give you our collective take on the X.

The Nautilus XS Model On The River

When I first saw the X I thought for sure that I would break it within a half an hour of putting it on my Winston BIIIx. However after twisting the frame, with and without the spool in place as hard as I could, I determined that the X was a lot tougher than it looked. The reel has a unique, bare bones design that gives it an ethereal elegance that make the spool look as if it invisibly connected to the rod’s reel seat. Pretty for sure, but I am not one who worries about the aesthetics. I want performance and durability.

My inglorious start with the Nautilus X kind of sucked because I dropped the little XS model onto the asphalt of a boat ramp. There were no dings in the aluminum and after a few turns of the reel I was satisfied the 4 foot fall from my dashboard hadn’t wounded the reel. I had a huge sigh of relief. This first testament to the X Series durability would be retested again and again over the next couple of months with the same results.

I had spooled it up with a 4wt Wulff Triangle Taper fly line and was looking forward to using it for a day of tossing stoneflies on The Deschutes. This would be a good test for the SCF-X sealed drag I figured because of the heavy currents and the famously tough native Redside Rainbows that reside in the river. The reel is designed with a large, wide palming rim but I am of the belief if you have a superior drag there is absolutely no reason to palm your reel unless it is in a time of extreme duress. On this day I would test both the drag and the palming capabilities.

The weight of the reel, or lack there of, was the first thing I noticed. The Nautilus X weighs more than an ounce and a half less than most comparable reels. This is great for light-weight rods because of the extra touch that this gives when casting dry flies. It was when I hooked my first trout on the edge of a heavy seam that it truly shined however. The start up speed of the drag is exceptionally low. Stonefly takes tend to be somewhat violent and the first fish I hooked took the fly with exceptional disdain for myself and the 5x leader I was fishing. Normally I would have been using 4x but I had forgotten that I was out it. But I thought; “What the heck, I am testing a reel. I will see what happens.”

There is not a better drag out there, even for more money. The SCF-X drag started smoothly all day long and never wavered even when I had lots of backing

out on two different occasions. Its soft, smooth pressure kept me from breaking the 5x tippet that I was using multiple times even when I had to adjust the large, easy to find drag knob. The XS performed perfectly.

Palming the reel was effortless with the huge spool surface available. Typically palming for me occurs only when desperation imparts itself upon me. But the X Series almost invites the fisherman to give it a try and I found myself palming the reel more than I have done since I gave up my Pflueger Medalists years ago. Not one fish I lost that day could be blamed on the reel.

The most amazing trait of the reel was the speed of the line retrieval. Several times, when I normally would have had to start stripping with another reel to keep my line tight, I was able to keep up with the fish by reeling. For such a small reel the XS Model has extremely fast line pickup with its large arbor. There never were any feelings of being outmatched that day and I couldn’t wait to give the Nautilus reel a try on the lakes.

The XM Model On The Lake

A few weeks after giving the reel the bang around on the river I headed up to Davis Lake to see how the X stood up some to big Rainbows. Davis has trout as big as you want, not a lot of them, but big, hot and picky. This would be a perfect test for this reel. I used a Rio InTouch Hover Line on the 5wt Scott Radian I

was using that day because of the shallow depth and the small callibaetis emergers I would be stripping.

Once again the reel performed as well as more expensive fly reels. The nicest thing that I noticed that day was that the reel weight made the 50 plus casts per fish that day much less fatiguing than with a heavier reel. My only critique was a sense of uneven torque on the reel seat when the drag was tightened and the fly line was on the inside of the spool towards the reel frame.

The Nautilus X Series looks and feels the part as one of the most innovatively designed pieces of gear that I have seen or used in a long time. The most impressive things about the reel are the weight and the drag system contained on its light frame. I loved the superior retrieval speeds and even the huge palming surfaces(I didn’t have the reel knob hit my palm once). My only concern was that it actually might be too light to counter the line and tip weights of heavier weight single hand rods and two-handed rods. The teflon and carbon drag and solid aluminum frame construction will definitely hold up to any fish whether in salt or freshwater. The X Series is what Nautilus is known for quality, ingenuity and craftsmanship for a better than fair price.

Specifications Of The Nautilus X Series

Give us a call to schedule your first driving lesson

(We do not share your data with anybody, and only use it for its intended purpose)